Who is actually FoundinTranslation? – with Hugh James 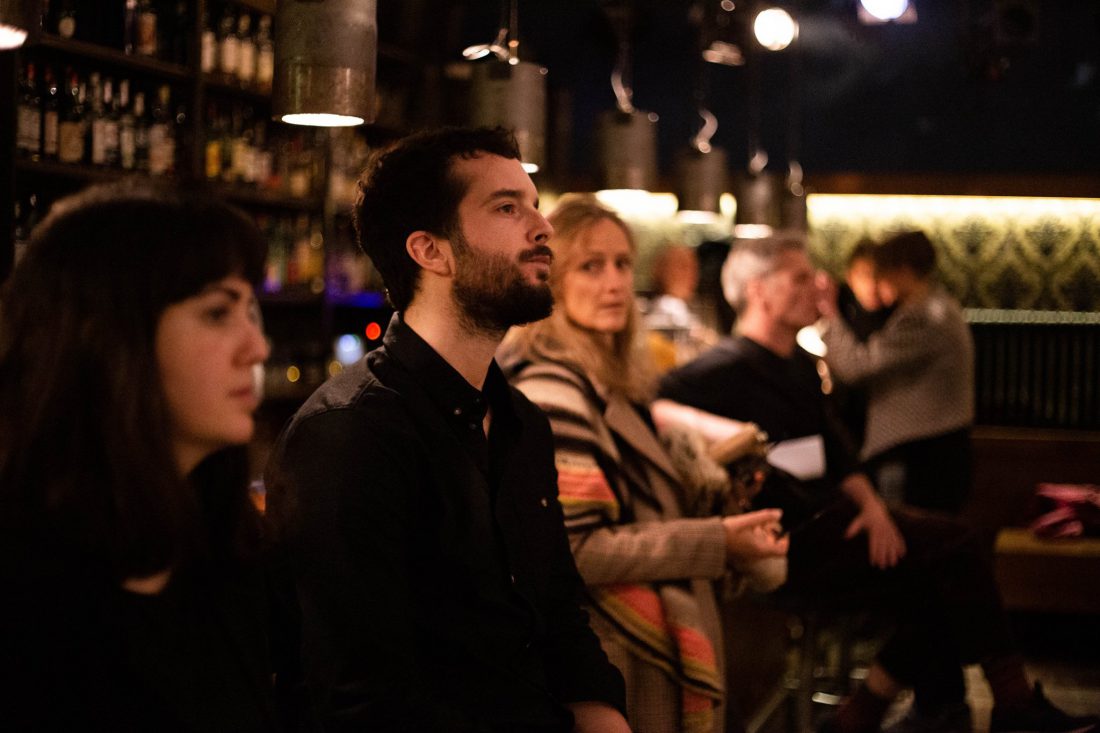 Who is actually FoundinTranslation? – with Hugh James

Dear Hugh, please tell us first who you are.
My name is Hugh James. I was born and raised in New Zealand but I’ve been living in Hamburg for ten years. I’m 31 years old and I live in St Pauli with my girlfriend and two cats. When I’m not working on my novel, I’m playing bass and writing lyrics for Nude Villain, keeping fit in the boxing ring, or squandering that fitness on the taps in Aurel. On Sundays, I stay in bed or, weather permitting, I still stay in bed.

How did you become a part of foundintranslation?
foundintranslation and, indeed, Hafen Lesung, were born of desperation. Tomás Cohen, Pèter Stephanovicz and myself: three young writers living in Germany but working with languages other than the mother tongue. We needed a platform so we decided to make one ourselves. It was our featured author, Max Czollek, who encouraged us to turn the success of our first reading into a series. Since that original impetus, the collective has grown to include Jonis Hartmann, Nefeli Kavouras, Annika Dorau and Lubi Barre, and the addition of their talents and creativity has been a boon, to say the very least. foundintranslation was part of me and now it is part of many. 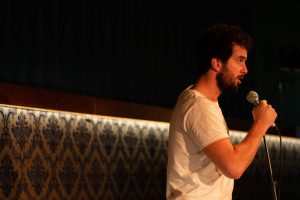 What does this actually mean to you – found in translation?
The notion of something being lost in translation is universal due to the frustrating, limiting, and sometimes poetic difficulties of using language to communicate the subjective nature of conscious experience. When Tomás, Pèter and I first banded together, English was our only common language but I was the only native speaker. Tomás and Pèter had to constantly translate themselves and their ideas during the development of our project. The universality of being lost in translation is equally true in that which is found, however. Our friendship, the collective, and the reading series were all found in this act of adaption and the process is ongoing.

What’s been your biggest Hafenlesung-Highlight so far?
At the time of writing, preparations for Hafen Lesung 21 are underway. We’ve had many stellar readings and performances throughout those twenty-one events. Unfortunately, I have a memory like a sieve — a source of continuous mirth for friends who enjoy regaling me with the best-left-forgotten absurdities of my behaviour — and I would struggle to pick a specific moment. I do, however, recall a conversation with Nefeli after a recent Hafen Lesung. Giddy and exhausted, we were in need of assurance that the work we put into these readings is worth it. In short order, we reminded ourselves that it is. Hafen Lesung is a platform that transcends modern and historical issues of language and identity politics while offering a space for the coming together of expression and ideas that might otherwise go unappreciated. We provide a social service wrapped in words and served with wine and nibbles. That’s always going to be a highlight. 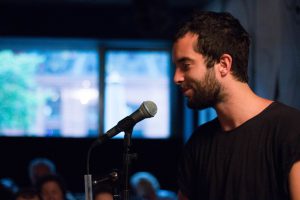 Imagine we had absolutely no bounderies- who would you love to invite to Hafenlesung as an author?
DBC Pierre is an Australian-born writer of the rare, romantic maverick variety. The initials of his pseudonym stand for dirty but clean in reference to the drug-fulled craziness of his twenties. When Pierre won the Booker award for his novel, Vernon God Little, he said the prize money would go to paying off the debts he had incurred as a young rascal. I’ve read three of his novels and enjoyed them all. I’d love to see him on our stage someday.